Take heed therefore unto yourselves, and to all the flock, over the which the Holy Ghost hath made you overseers, to feed the church of God, which he hath purchased with his own blood. —Acts 20:28

The recognition of that fact is significant as we consider the government of the church of Jesus Christ. In other words, the exalted Christ sent His Spirit into the world not only to render His redemptive work fruitful in the hearts of sinners, resulting in the formation of local bodies of believers, but, by His Spirit, He is also directly involved in their government.

What a remarkable affirmation of Christ’s loving and all-encompassing commitment to the well-being of His church—and specifically of local congregations! Thus, the proper, efficient, effective government of the church is not the expression of human ingenuity, but rather it is the engagement of the exalted King of the church. By His Spirit, He calls and equips redeemed sinners to be His human agents to accomplish His work until the building of His spiritual temple has been completed (Eph. 2:20–22).

However, Paul not only reminds the elders of their divine appointment, he also instructs them what they must do on Christ’s behalf: they must feed the church of God. The word “feed” in our text refers to the all-encompassing work of a shepherd who in order to feed his flock must also direct, protect, and discipline his flock. The overseers of the church of God must care for their charge in the manner described for us in Psalm 23. This messianic Psalm points us to the great “Shepherd and Bishop of our souls” (1 Peter2:25). Thus, it is the great Shepherd of the flock, our blessed Lord Jesus Christ, who calls the overseers of the church to shepherd the flock on His behalf.

Paul also gives the elders a compelling motive for being engaged diligently and faithfully in the work for which the Holy Spirit has consecrated them. He tells them that the local church they serve belongs to the universal church ofGod that He has purchased with His own blood. This is obviously an explicit apostolic affirmation of the divinity of the Lord Jesus Christ, who as God manifest in the flesh, shed His precious blood to purchase His flock.

To be charged with the oversight of the flock of the Lord Jesus Christ is, therefore, not a small matter. The health, spiritual prosperity, and protection of His flock hinges on the manner in which we engage ourselves in that task. As we do so, we need to recognize that we are called to care for a flock that lives and functions in a very hostile environment. A powerful, three-headed enemy—Satan, the world, and our sinful flesh—is relentlessly pursuing the destruction of the flock of Christ, engaging in every conceivable means to achieve this objective.

That very concern prompted Paul to exhort the Ephesian elders (both teaching and ruling elders) to be diligent and faithful in their oversight. Following our text, he writes, “For I know this, that after my departing shall grievous wolves enter in among you, not sparing the flock. Also of your own selves shall men arise, speaking perverse things, to draw away disciples after them” (vv. 29–30). That vulnerability was one of the reasons that compelled Paul to promptly appoint overseers or elders wherever he, as the Holy Spirit’s instrument, planted churches.

The exercise of that divinely appointed oversight Christ has used, and continues to use, for the well-being and preservation of His blood-bought church. We should marvel that, in spite of the fact that the history of the New Testament church is littered with human failure and heretical departures from the gospel, the church of the Lord JesusChrist is alive and well in the twenty-first century. The uninterrupted existence of His church can only be attributed to His uninterrupted engagement as our exalted King and Intercessor at the Father’s right hand.

It was Christ’s direct engagement as King of His church that precipitated the great Protestant Reformation of the sixteenth century. Moved and taught by His Spirit, the Reformers not only recovered and freshly articulated the foundational truths of the gospel, but they also reformed the government of the church. When the Reformation dawned, the government of the church had become utterly corrupt and blatantly challenged the supremacy of the Lord Jesus Christ.

The Reformation became profoundly visible in a thoroughgoing reformation of church government. EspeciallyJohn Calvin, the great Swiss Reformer, did groundbreaking work in recovering, formulating, and implementing the. biblical principles and precepts that pertain to the spiritual oversight of the flock of Jesus Christ. The Ecclesiastical Ordinances of Geneva became the foundation for the formulation of Reformed church polity.

Via a chronological and sequential progression of Reformed Synods, the biblical principles embedded in Calvin’s Ecclesiastical Ordinances were incorporated in the definitive church polity of the Reformed Churches of the Netherlands, namely, the venerated Church Order adopted by the 1618–1619 Synod of Dort. This church order is the ripe fruit of Calvin’s full recovery of the spiritual oversight articulated in our text. Therefore, most churches that have emerged from the historic Reformed Church of the Netherlands are governed by the foundational structure of the 1618–1619 Church Order of Dort.

One of the foundational truths codified in this church order is that the exalted Christ is the sovereign King ofHis church. As the great Office-bearer of His church, He executes His three offices as her Prophet, Priest, and King by raising up redeemed sinners to engage in these offices on His behalf. The Reformed Church therefore recognizes that this three-fold ministry of Christ must be reflected in the Spirit-initiated oversight of the church.

To safeguard and stimulate the proper functioning of the three offices of Christ, the Reformed church has adopted a church order that seeks to implement all the stated and implied biblical principles that define the execution of these offices. Even though the Church Order as such is not an inspired document, it is a careful and practical application of all that Scripture teaches regarding the shepherding of the flock of Jesus Christ.

The biblical principles embedded in the Church Order of Dort are the following:

In seeking to adhere to the church order, we are not merely perpetuating a desirable and profitable tradition. Rather, we recognize the Church Order of Dort as being part of the rich heritage of the Protestant Reformation. That reformation restored in the church the supremacy of Christ and His Word. The recognition of, and submission to, that supremacy is the over-arching theme of the Church Order. May our faithful adherence to the biblical principles embedded in the Church Order thus equip us to take heed to all the flock, over which the Holy Ghost has made us overseers so that we, by God’s grace, may be Christ’s instruments to feed the church of God, which he hath purchased with his own blood. 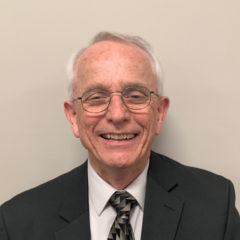 Rev. Bartel Elshout is pastor of the Heritage Reformed Congregation of Hull, Iowa (2016). He has previously served as pastor of the Heritage Reformed Congregation of Jordan, Ontario (1998-2005), and the Heritage Reformed Congregation of Chilliwack, British Columbia (2005-2012). He continues to serve as a part-time instructor at Puritan Reformed Theological Seminary in Grand Rapids, Michigan. Previous to that he was principal of the Netherlands Reformed Christian School in Pompton Plains, NJ (1975-1984), and served as an evangelist in Denver, Colorado (1984-1989). He is also the translator of Wilhelmus à Brakel’s The Christian’s Reasonable Service [4 vols.], and the exposition of the Heidelberg Catechism by another Dutch divine, Theodore VanderGroe, entitled The Christian’s Only Comfort in Life and Death [2 vols.]. He was previously married to Joan (1949-2013) and has two children, David & Sarah. He is presently married to Clarice (Sept. 19, 2015), and they reside in Inwood, Iowa.

Next
The Evaluation OF Youth And Old Age